Control your Neural DSP plug-ins by using your MIDI devices!

Create a Software Instrument track, and select any Neural DSP plugin as instrument. You will find them in the AU MIDI-controlled Effects section:

Open the plugin window and create a side-chain in order to get input signal. Make sure your instrument is connected to the selected input in your audio interface, accordingly.

If you want to record your signal, create an audio track then select a Bus as output. After that, open the plug-in window and select that Bus as input in the Side Chain menu. The plugin will receive input signal from the created audio track from now on. 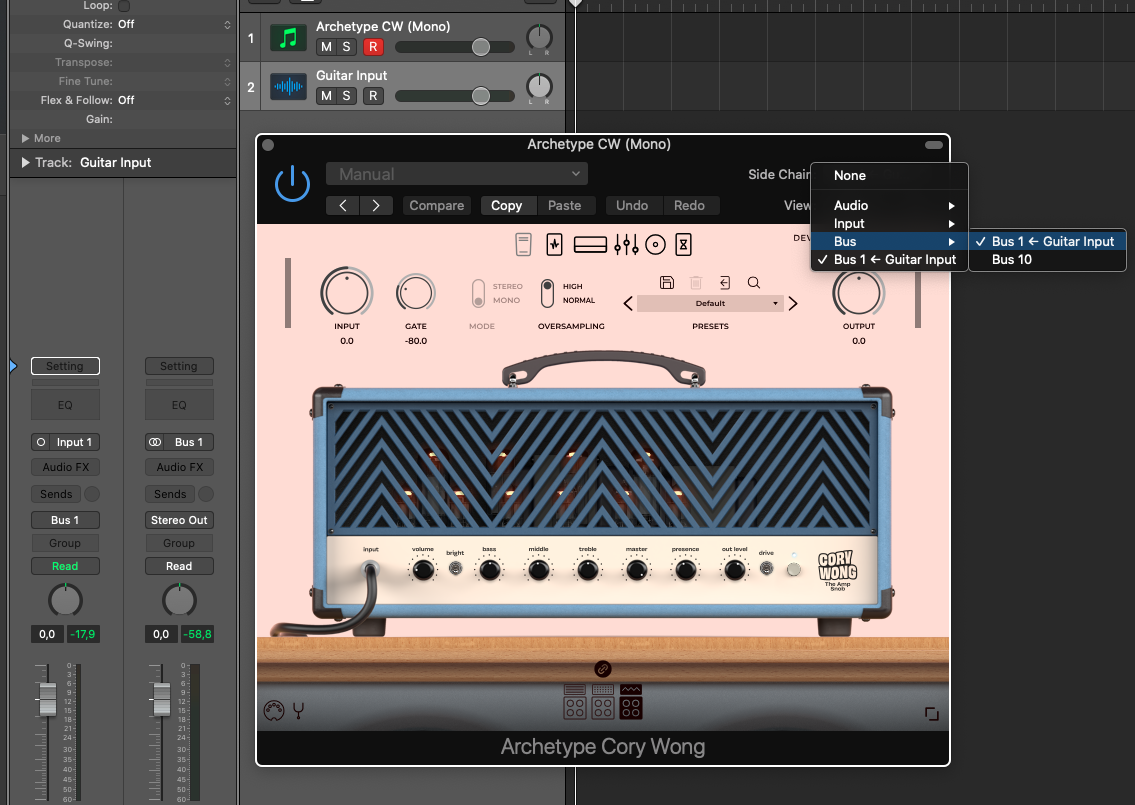 Create an External MIDI track and configure it to receive commands from your MIDI device.

Then, open the MIDI Mappings menu and set the MIDI commands you want. You can use the MIDI Learn function as well.

Now, the plugin should receive incoming MIDI messages from any source.

Setting a Neural DSP plugin to read MIDI messages coming from the DAW is also possible. 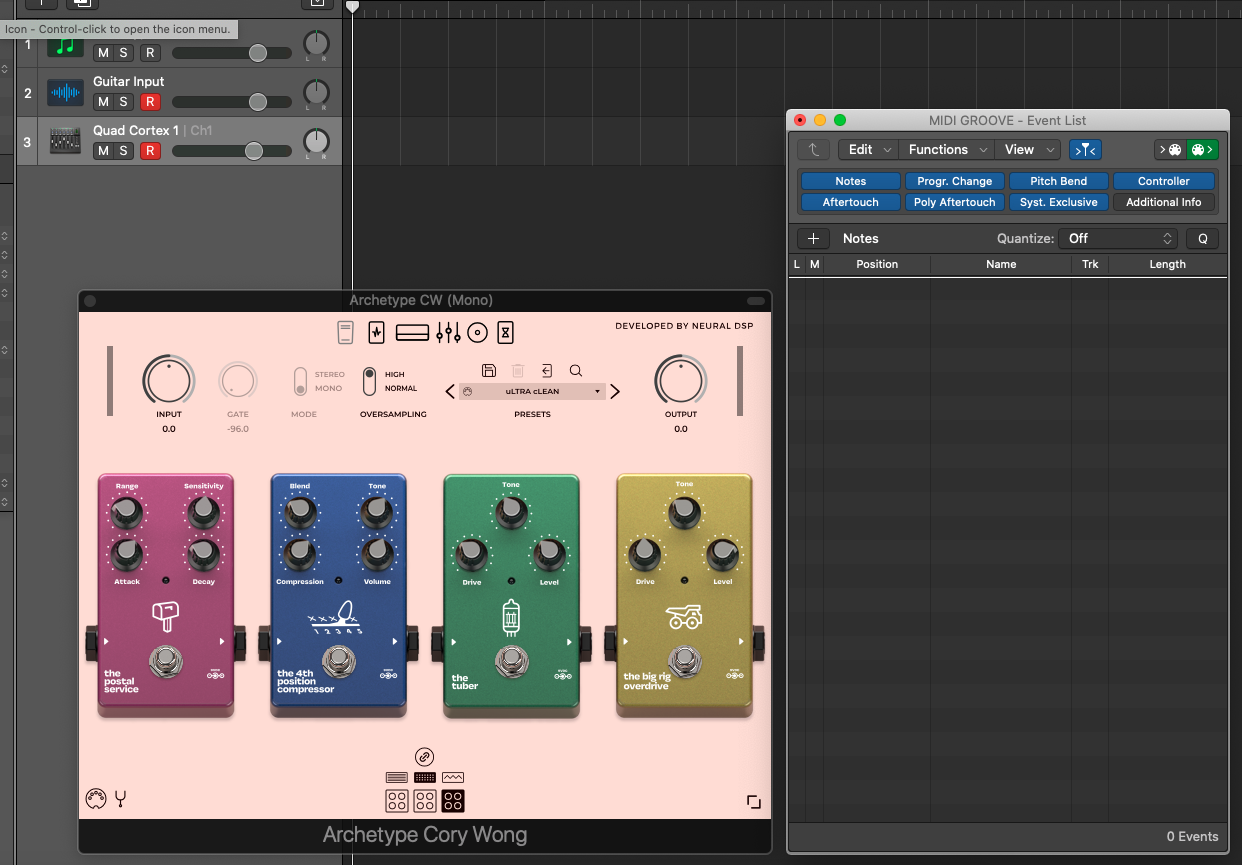 After that, create a MIDI region and put MIDI messages into the track. Finally, configure those messages in the MIDI Mappings menu in the plugin window.

The plugin will read those messages accordingly.

Those screen controls could be knobs, faders, and switches of any Neural DSP plug-in window.

1. First, tweak the parameter you want to control in the plug-in itself, then press Command+L.

2. Now press the stomp or button; or move the knob or slider on your MIDI controller you want to assign it to.

The command is remembered globally so even when opening other projects, the link between parameter and physical MIDI controller stays.